After graduating with an A.A.S. in drafting technology in 1981, I worked to produce various drawings for engineers, surveyors, and architects for 18 years.  Around 1987, I heard about technology that was developing to allow the renderings of drawings to be done by software called, “Auto Cad.”

The community college near my job offered classes at night and I took the classes. At that time computers were very expensive and technology use was limited to companies that could afford it. MS DOS was the operating system and Microsoft Windows had not been released.  The company that I worked for did not have this equipment and renderings were still done by hand with geometrical tools like triangles, T-squares, compasses, and scales metric and inches.  Scientific calculators were not common; so, we used a Smoley’s Tables (a book of logarithms, squares, and angles).  These tables were used to do engineering calculations. 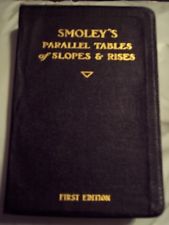 With that being said, the migration to the use of computers to produce drawings, was a major change in the industry. The older draftsmen that manually produced the drawings were not open to this because for many years, drafting was almost an art form.

I decided to look for employment that would allow me to use the training I had. Soon, I was able to move to a company that had just obtained Auto Cad and needed someone who already had the training. I worked there until 1999, using the computer to create drawings. These past experiences in migrating to the use of computers in the profession I was employed in, prepared me for the challenge that I have chosen of educating others in the use of various technologies and becoming diverse in the literacy of them.

After working in that profession for 18 years, I quit working full-time to be a stay-at-home mom.  After my youngest daughter was a year old, I was able to work part-time at a daycare and bring her with me there. While there, I was trained to teach preschool children. Surprisingly, I found that I really enjoyed it. I worked there for five years and my daughter began attending public school full-time. In 2004, I was asked to manage the daycare. At the time, I was hesitant to accept because I felt that I needed to be better prepared for this great opportunity and huge responsibility. Therefore, I decided to return to college to pursue a degree in education.

I enrolled in the community college near my home, taking one or two courses at a time for about 10 years. Finally in 2014, I received my associate’s degree in General Studies. Looking back at that experience, I realize that my opportunity to take classes was limited by my employment. If online classes would have been more readily available, I probably would have finished sooner. After graduating, I enrolled online with Lamar University in Beaumont to pursue my bachelor’s degree.  In 2016, I graduated with my degree in General Studies. Comparing both of my experiences, I realized that technology has been a major factor in helping me acquire my bachelor’s degree as a full-time student in two years because it allowed me to work full time and go to school. While taking courses at Lamar, I used the knowledge I received to create curriculum for the daycare, motivate my own children to get their college degrees, and encourage others who want to change careers.